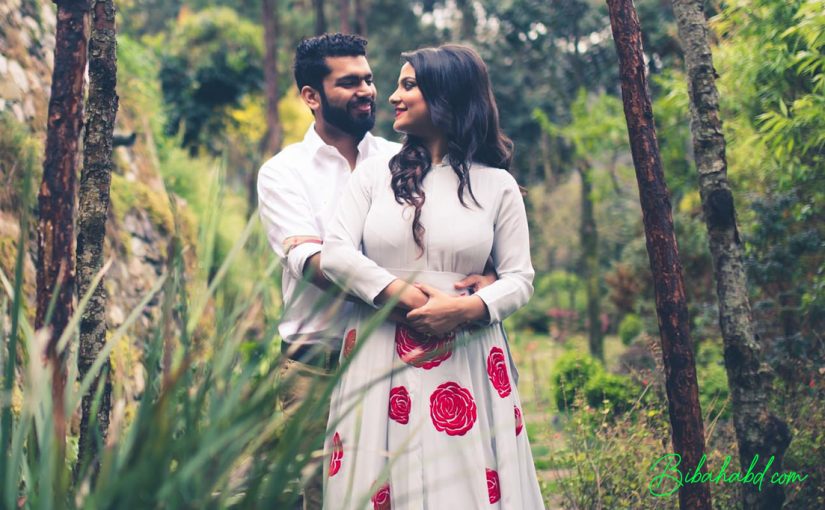 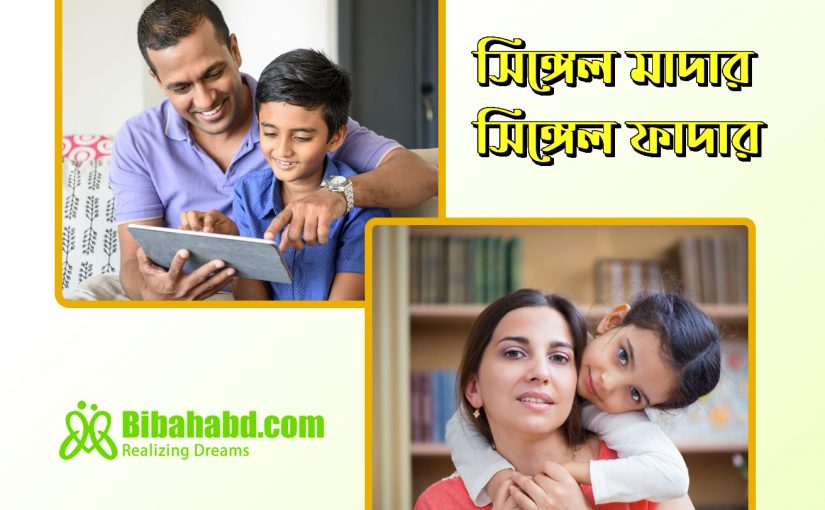 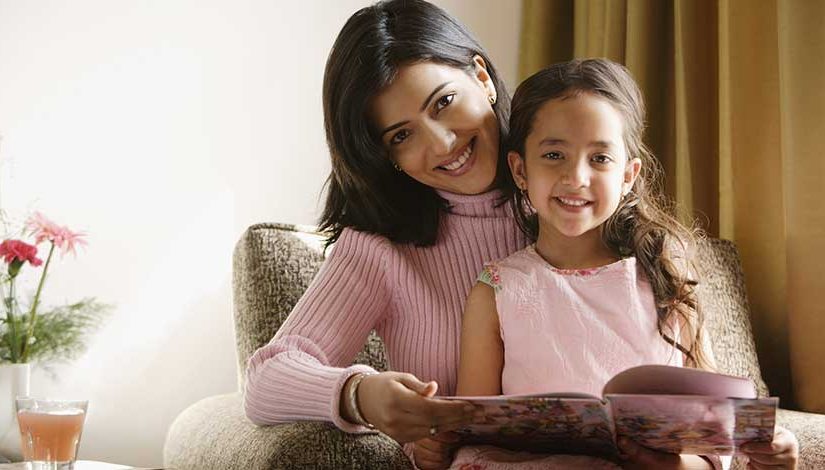 A perfect marriage is just two imperfect people refusing to give up.

A successful marriage requires falling in love many times, always with the same person, but, sometimes things may not end up as one has always dreamed.

Single Mother in Bangladesh | What if that give up phase comes up? Sometimes people do face situations that they never dreamed of, that breaks their soul. But is it the end of someone’s life? Should someone put a full stop to our hopes, ambition, and especially to parenthood.

Single Mother | Single parents, especially moms, face a number of challenges every day across the globe and especially in Bangladesh.

This article is just an attempt to cover all the griefs and challenges of a single mother.

Some women opt for single motherhood, while the majority of them are divorced mothers or widows.

In our patriarchal society, where some people shout that women have now received much more rights than before under the name of feminism, which is, in my belief, a right that women should not ask for or feel entitled to use –

it’s their fundamental right and women are just snatching back their freedom from this patriarchal society.

Maybe feminism, sometimes, has been misused but is it right to generalize it under the topic feminism and suppress the whole movement?

While some women have successfully recognized their fundamental rights and are raising their voices against their suppression, some ladies, at this present era, are suffering silently and paying an emotional cost to start an independent life after marriage, raise their child without a father or even think smoothly of a second marriage.

No one knows the fate of a relationship. It becomes really hard for a single parent to raise up a child all on his/her own.

Single parents already face too many problems, and talking especially about single mothers, here are some challenges they face every day in Bangladeshi society:

I have been called strong, willful, headstrong, weak, unsteady, and been pitied. In turn, people have also assumed that I cannot sustain relationships, I am fast/ have a loose character, etc.

lest people think I am neglecting my child. Patriarchy is age-old and deeply entrenched in most of us, else would we even get married or utter vows to love, honor, and obey?

Despite many examples of strong single mothers, women ably and single-handedly raising their children in Bangladesh today, she is still expected to be ‘sanskaari’, waiting for the next man/ marriage, and made the butt of jokes and snide remarks.”

City-based media professional, Riya (Not Actual Name), shares, “I often face this (being approached by men), but since I have been a single mom for a while, I know how to overcome such situations.

I chose the path (single motherhood) for a reason and I have proven to the world that I’m a confident woman, who can fight all the challenges with a smile on my face.” 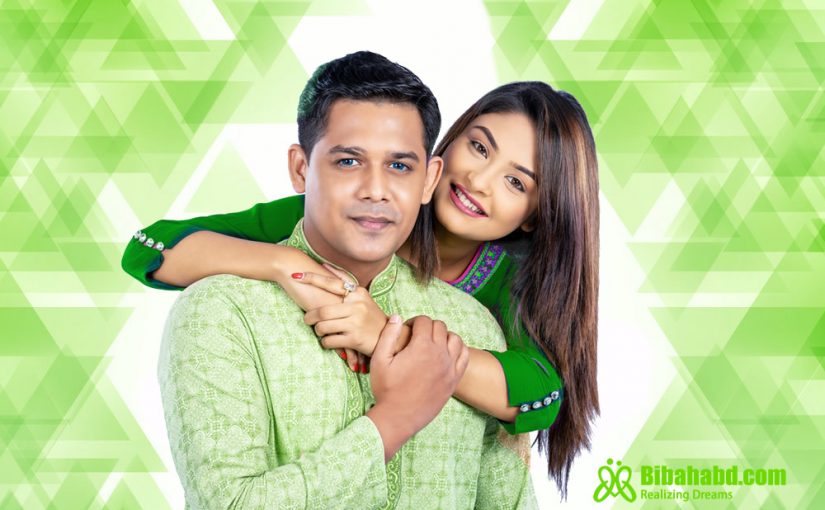 Pioneer Bangladeshi Matrimonial Website BibahaBD is the Best Matrimony Service in Bangladesh process of getting married between two people. These types of activities are done by matrimonial companies.

BIBAHABD is a Online Marriage consultant do the job very smartly. You can easily contact with Bibahabd Leading Online Marriage Media and Best Online Matrimony Service in Bangladesh founded 2007 under a group of company.

You will be able to communicate directly with the Bride/Groom or guardian by looking at the profile (Bio Data with photo) of the Bride or Groom as per the demand and it will be done in the fastest time.

Why Bibahabd is the Best Matrimony Service in Bangladesh & What kind of profile will you get?

Why find a bride | groom from Bibahabd

Life is a gift like onetime offer; for a happy and beautiful life wants a beautiful soul mate at all. Search the numerous profiles and reach the right conclusion through Bibahabd, find out for yourself and contact with the Bride Groom or their guardians directly. The cost is much lower as there is no hassle of Privacy violation.

For those who are separated or already divorced in their married life, there is a Bibahabd.com Marital Status Search option “Easy Search” where it is easy to find Divorce, Widowed, Separated with [Single Father], [Single Mother] profiles.

Are you serious about marriage, Click on the link to Register for free. The customer support team of bibahabd.com is ready to help you 24/7 days.

Specialty:
Reliability and Trustworthiness Since individuals are entering their profiles personally it provides high reliability
Verification Of Profiles Select profiles can be verified by Bibahabd.com Team
Meeting Bibahabd.com responsible for “private matrimonial discussion” only for Matchmaking Member.
Unlimited Time Being on web, it can be browsed at any time and all the time
Various Category Offers a wide category of preferences close to you
Unlimited Profiles Being international and on web anyone can become a member thus unlimited profiles 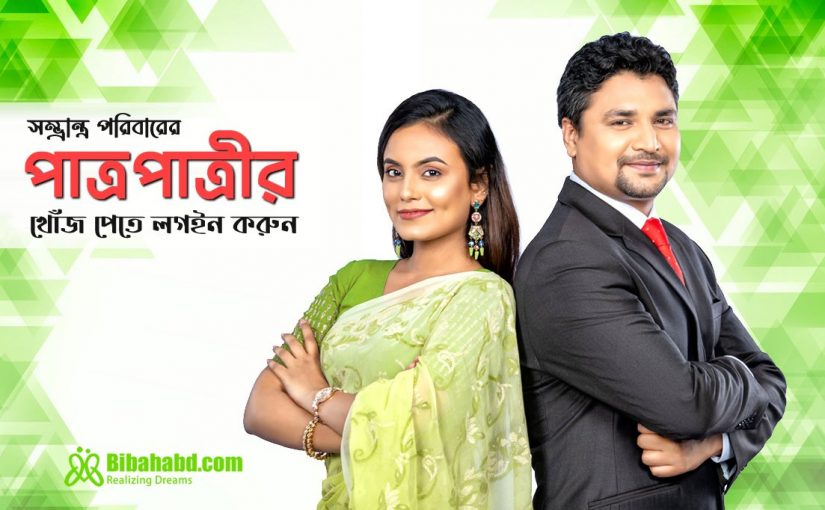 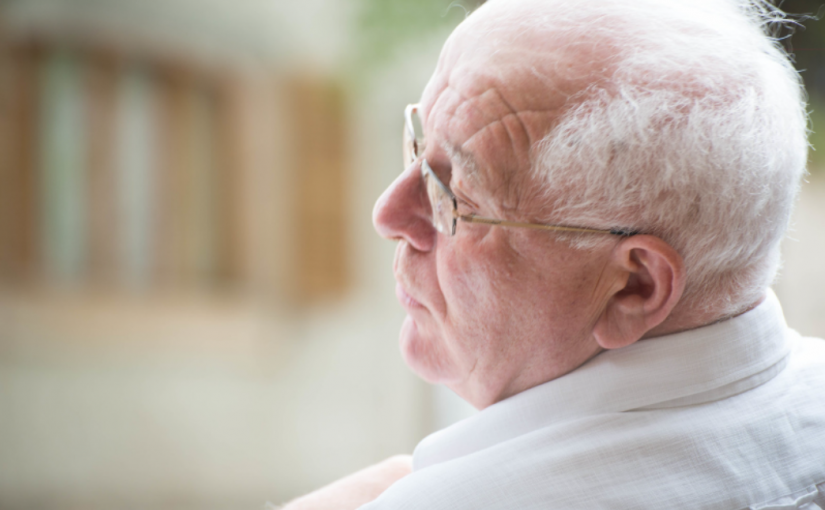 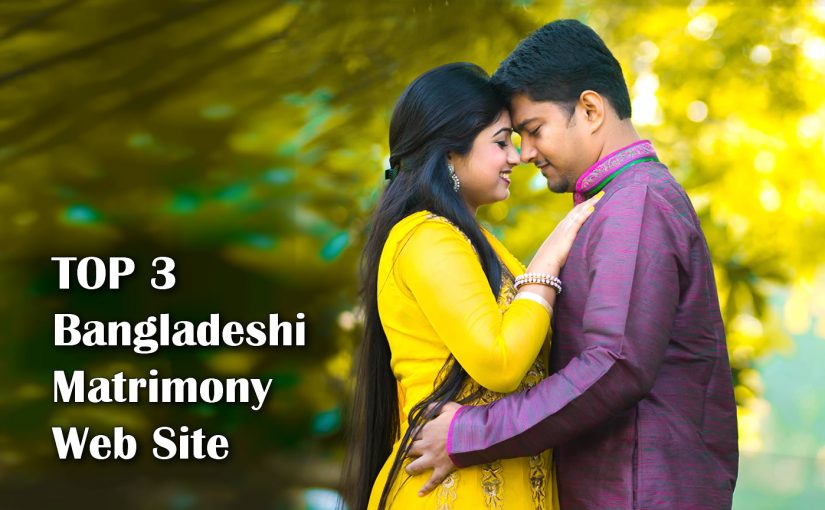 If you are still undecided about marriage, you have not been able to find a suitable mate for you or your beloved family member –

Even after you have established higher education, then you should register at one of the most acceptable Best 3 Matrimony Site in Bangladesh 2022.

However, one thing you must note is that in the global COVID pandemic, many traditional matchmakers in Bangladesh try to convert their services online, but their service system is not very good.

Because they are inexperienced in online services, there are many complaints about them.

All these companies will give you really good service. All of them have experience of 12-15 years of giving professional service.

Bibahabd is an international matrimonial web portal founded 1st Feb 2007 under a renowned group of company, aimed at fulfilling the needs of Bangladeshis both at home and abroad.

It is designed to provide its members a secured and private environment to find their ultimate life partners by providing them a trusted source of genuine people trying to find their soul mates.

The platform bibahabd allows members to search, communicate, interact and finally find the right person for them or their loved ones.

Bibahabd believes that marriages are made in heaven and we only intend in realizing those dreams. It is a site for the generation of today and the future.

Bibahabd.com will activate your profile after verbal verification with valid documents.

Finding the right life partner is one of the most important and difficult tasks of one’s life. Our goal is to help you in the process of finding your perfect partner.

We do everything we can to achieve this goal. Since we first founded in 2007, over the decade we have helped thousands of people find their life partner.

Borbodhu team is a team of hardworking, honest and friendly people that strives in providing ultimate partner search experience and believes that our action and service will determine our destiny. We are proud to serve our members for last 12 year.

We will not share your information with anyone without your permission.

SensibleMatch is the most trusted matrimonial website in Bangladesh. Quietly making happy marriages possible among brides and grooms located around the world.

We care about your privacy and we take every step possible to protect it.

We have our office in Dhaka where our matchmakers are working hard to provide dedicated & personalized services to find the most suitable bride or groom for you.

If you are busy, and do not have a lot of time to find the perfect match for you, our matchmakers are available to help. We are the ‘marriage media’ of the digital era.

The 3 Best Matrimony organizations of Bangladesh that are presented, you can get a good profiles from here and there is no chance of any kind of harassment in the case of this service organization.

They are experienced in online services so feel free to profile. 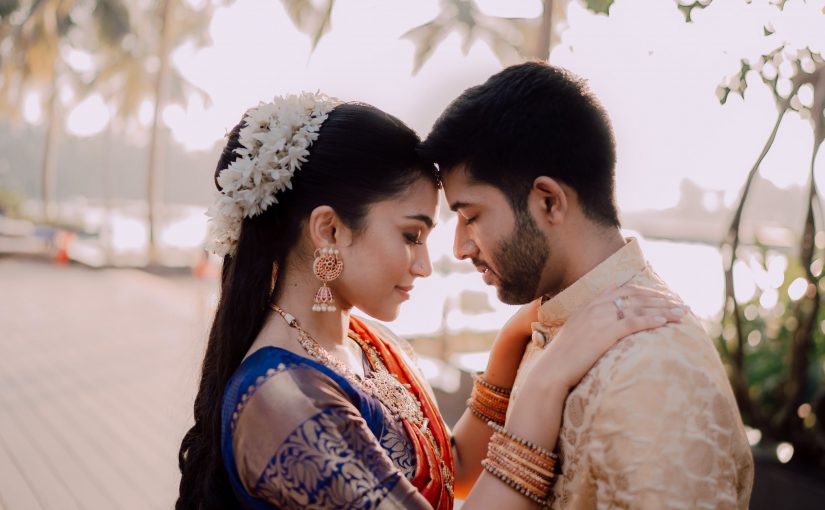 If you are located in Chittagong & still undecided about marriage because you have not been able to find a suitable mate then Chittagong Marriage Media “Bibahabd” for you or your loved one.

Even after being established at the end of higher education, then the online base Matrimonial Service BIBAHABD Marriage help you for better match.

By registering for free at Bibahabd, you will be able to communicate directly with the spouse or guardian by looking at the profile (Biodata with photo) of the spouse as per the demand and it will be done in the fastest time.

What kind of profile will you get?

– Tribe or caste, unmarried of any age, divorced, widowed, widowed, resident of any district of Bangladesh, and living in about 50 countries of the world.

In addition, there are some special search categories in the marriage BD such as
– Disability search (those with physical or health disabilities)
– Single father / Single mother search
(divorce or widow / widower and having children).

Life is a gift like onetime offer; for a happy and beautiful life wants a beautiful soul mate at all.

Search the numerous profiles and reach the right conclusion through Bibahabd, find out for yourself and contact with the Bride Groom or their guardians directly.

The cost is much lower as there is no hassle of Privacy violation.

For those who are separated or already divorced in their married life, there is a Bibahabd.com Marital Status Search option – 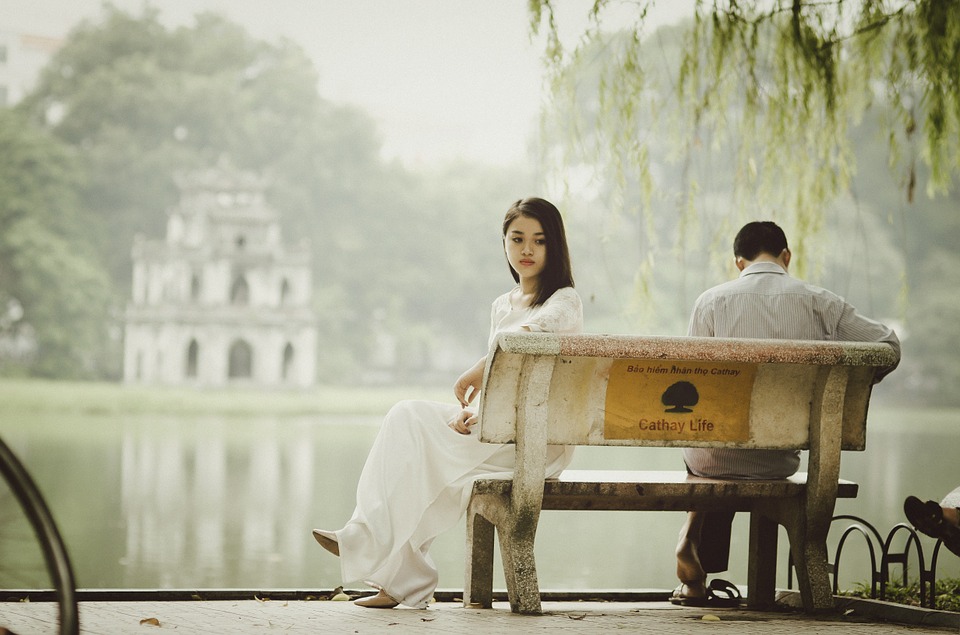 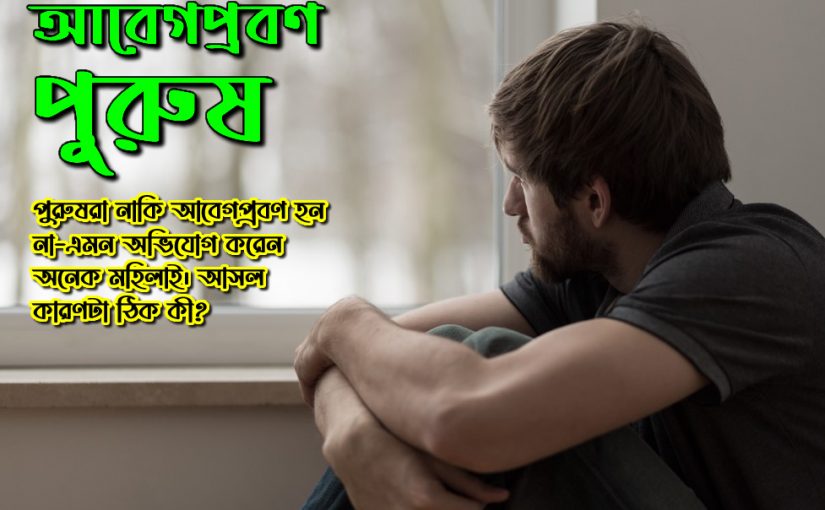