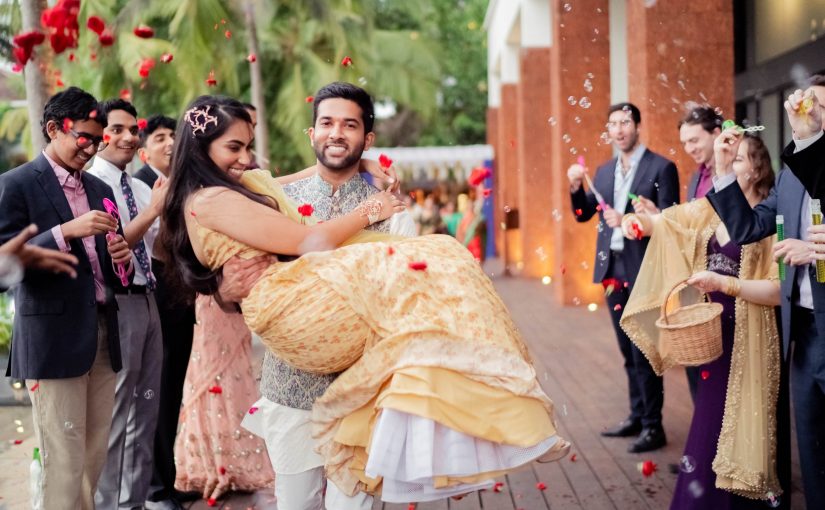 Arranged Marriages in Bangladesh are often assisted or arranged by the two families of the bride and groom but these can only take place with the consent of both parties.

Many young people will attend mixed schools, where pupils are taught and socialize in a more informal way.

Arranged marriages ensure that marriages are based on compatibility rather than lustful feelings. It is thought that a marriage like this will be less likely to end in divorce.

Most religions consider family life to be a blessing and value the stability of marriage. For Muslims, marriage was created by Allah to provide a foundation for family life and the whole of society.

In the urban culture of modern Bangladesh, the differentiation between arranged and love marriages is increasingly seen as a “false dichotomy” with the emergence of phenomena such as “self-arranged marriages” and free-choice on the part of the prospective spouses.

It is increasingly common in Bangladesh for a couple that has met by themselves and is involved romantically to go through the process of an arranged marriage with that specific partner in mind.

Since arranged marriages result in a deep meshing and unification of extended families and are believed to contribute to marital stability, many couples orchestrate their marriages with each other through the processes of an arranged marriage.

Arranged marriages vary widely by region and community across the worldwide Bangladeshis.

The marriage process usually begins with a realization in the family that a child is old enough to marry.

For a girl, it is during her graduation or early twenties; for a boy, it is after he is ‘settled’, with a decent job and consistent earnings.

The initiation can occur when a parent or a relative (such as an aunt or an elder sister or sister-in-law) initiates a conversation on the topic or the son/daughter approaches the parent/relative and expresses the desire to be married.

This relative effectively acts as a sponsor, taking responsibility to get the boy/girl married to a good partner.

If the son/daughter has an identified love interest, the sponsor often takes it upon themselves to try to orchestrate a match with that individual.

If no such person exists, the sponsor begins the process of identifying suitable candidates.

This is usually done via an intermediary matchmaker who has a social reputation for maintaining discretion and brokering successful weddings. The sponsor approaches the matchmaker with a photograph.

The matchmaker is often an elderly socialite who is liked and widely connected to many families.

In some regions, specific professions are associated with matchmaking. If no good matchmaker is accessible to the family, the family may resort to matrimonial advertising in newspapers or Matrimonial websites Like BIBAHABD.

It is traditional for the boy’s family to arrive (with the boy) and be seated with the entire girl’s family except the girl, who then makes a dramatic entrance dressed in fine clothes, often bringing tea and refreshments.

This practice is sometimes called “seeing the girl”, during this visit, the boy and girl are often encouraged to meet and talk by themselves in a separate room.

The families usually part after this initial meeting without any commitment made by either side and with the expectation that they will confer separately and send word through the matchmaker should they be interested in pursuing matters.

These meetings are understood to be non-exclusive, i.e., both the boy and girl are expected to similarly meet with other potential partners at this stage.

There is an expectation of total confidentiality. Families do not usually disclose who else is being considered for their son/daughter and expect reciprocal confidentiality from the other party.

If there is interest from both sides, the matchmaker passes the word to them. If the families are unfamiliar with each other or live in areas far apart, they will frequently launch inquiries through their social and kin networks, attempting to gather as much independent information as possible about the prospective partner.

Since urban Bangladeshi nuclear families often lack these extensive networks, many private detective agencies have begun to offer “Matrimonial Investigation Services” which investigate the personal and professional histories of a prospective spouse for a fee.

Once there is mutual agreement between the prospective bride and groom that they would like to marry, and no red flags have emerged about either party in the inquiries conducted formally or informally, the other prospective spouses are declined and their photographs and other documents returned.

Families usually attempt to maintain a high level of cordiality in these interactions, often invoking the idea of Match Making (predestined relationship, roughly equivalent to the idea that “marriages are made in heaven”) to defuse any sense of rancor or rejection.

In urban areas, the future spouses are often expected to go out on dates and develop a romantic relationship in the period between their engagement and their wedding.

In more conservative rural areas, a period of greater freedom in interaction, or even romantic courtship, between the man and woman follows.

Though dating may not be socially permissible, nonetheless the couple may talk over the phone.